Wayne have been shaping the retail and fleet fuelling industry since they designed their first pump in 1891. They were known as the Wayne Oil Tank Company back then, and from the very beginning they were developing a reputation for quality.  In fact, this inaugural product won the distinction “The Best Self Measuring Oil Pump” at the Columbian Exposition in Chicago just two years later.  With the introduction of the motor vehicle, the company went on to design a reliable and accurate dispenser so motorists could easily refuel their vehicles.

After the introduction of their first gasoline pump in 1907, the company grew quickly over the following years. They opened a plant in Fort Wayne, Indiana in 1910, and in 1918, introduced the first “visible” pump so motorists could see and control the amount of gas going into their tanks.  It was one of the first of many industry-changing products. Wayne would go on to introduce the mechanical computing dispenser, the blending pump, the electronic dispenser and the first Customer Activated Terminal (CAT), a product that heralded the age of self service and pay-at-the-pump.

Throughout the years, Wayne acquired and partnered with several successful companies to bring customers more integrated, ground-breaking solutions.  After a merger with Dresser Industries in 1968, they were poised to meet the massive market need for fuel dispensers in response to the advent of lead-free gasoline.

An overview of the Wayne products 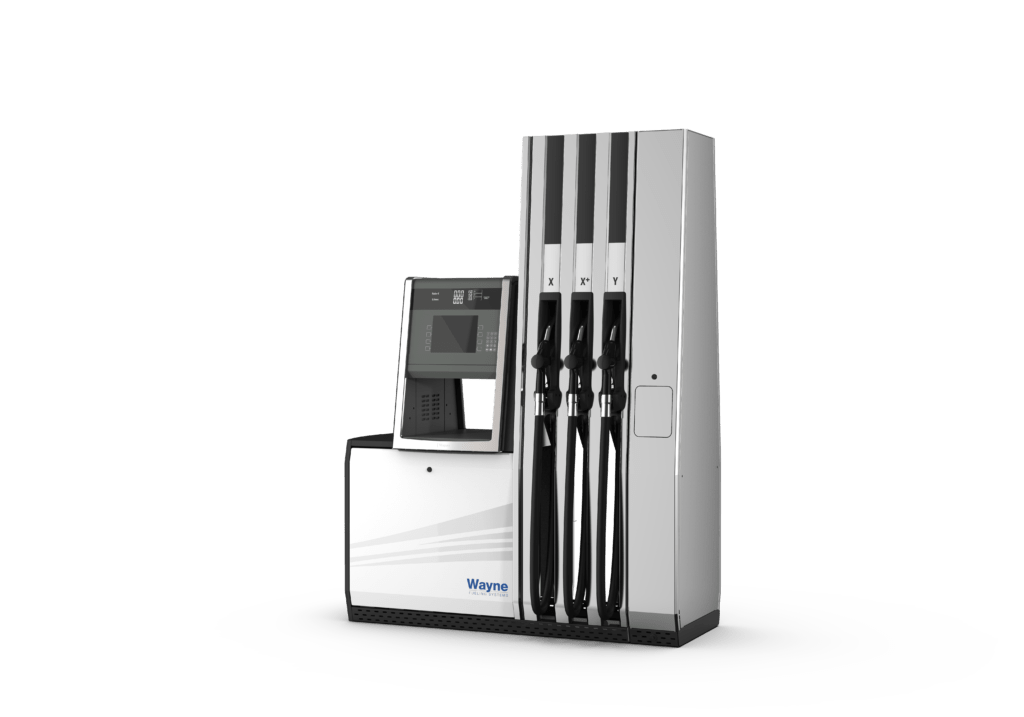 Wayne Fuel Dispensers - Helix is the first-ever global family of fuel dispensers, representing the best of everything Wayne has to offer.

Any questions? Give us a call!