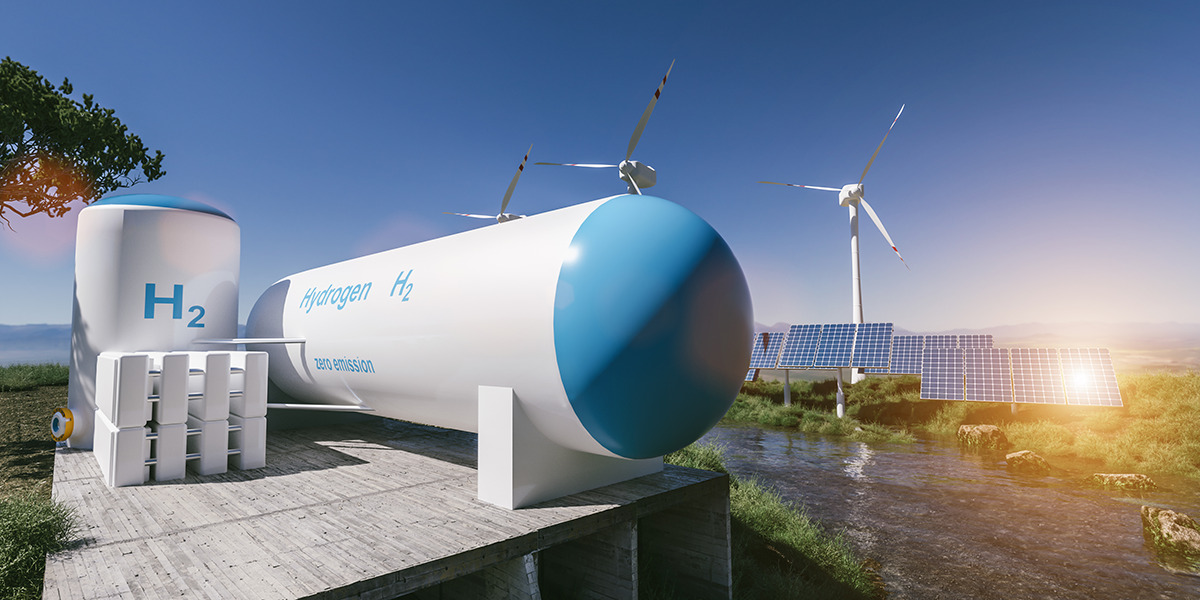 In order to secure a more sustainable world, it is important to invest in the development of renewable energies. TSG enables its customers to make the transition from fossil fuels to their greener counterparts, whilst continuing to support existing conventional fuelling products and solutions.

In the coming years, electrification will play a significant part in the reduction of carbon levels in the atmosphere, however, this article focuses on the contribution that hydrogen could make in the race to achieve net zero by 2050. 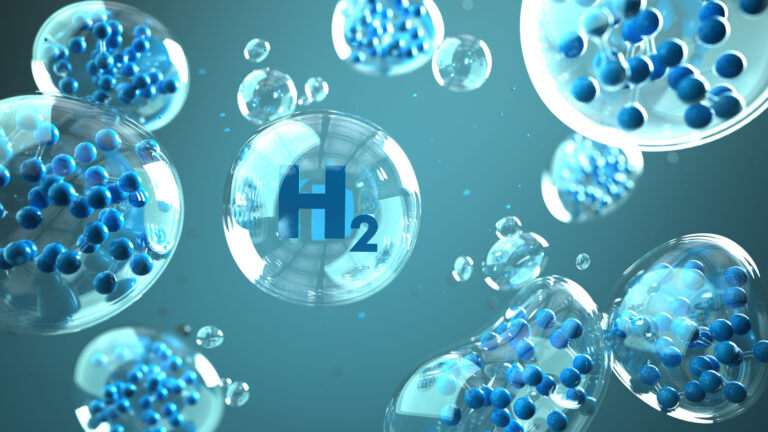 Like electricity, hydrogen is an energy carrier and not an energy source and its production relies on other resources, such as natural gas, biomass and renewable power like solar and wind. There are several trusted processes adopted in the production of hydrogen, including natural gas reforming, water electrolysis, biological processes and solar-driven. Below we explore and explain the two most prevalent methods:

Natural gas reforming is the most prominent method of hydrogen production all over the world. The technology is currently mature and industrially adopted on a mass scale, especially for power plant applications. The main component of natural gas and biogas is methane (CH4), and when using thermal processes like steam reformation, hydrogen can be produced, along with a relatively small amount of carbon dioxide (CO2). The use of renewable sources such as biomass, biogas (from biomass or waste), coupled with CO2 capture and storage technologies can reduce the carbon footprint during production.

Water (H20) comprises two hydrogen atoms (H) and one oxygen atom (O), which when subjected to an electric current through two electrodes (electrolysis), dissociates into its component parts to form dihydrogen (H2) and dioxygen (O2), releasing no CO2.

If the electricity used during the electrolysis process is generated from renewable energy sources that do not emit CO2, such as solar power, the resulting hydrogen will be produced free of any greenhouse gases. This process is recognised as greener technology, also referred to as green hydrogen. 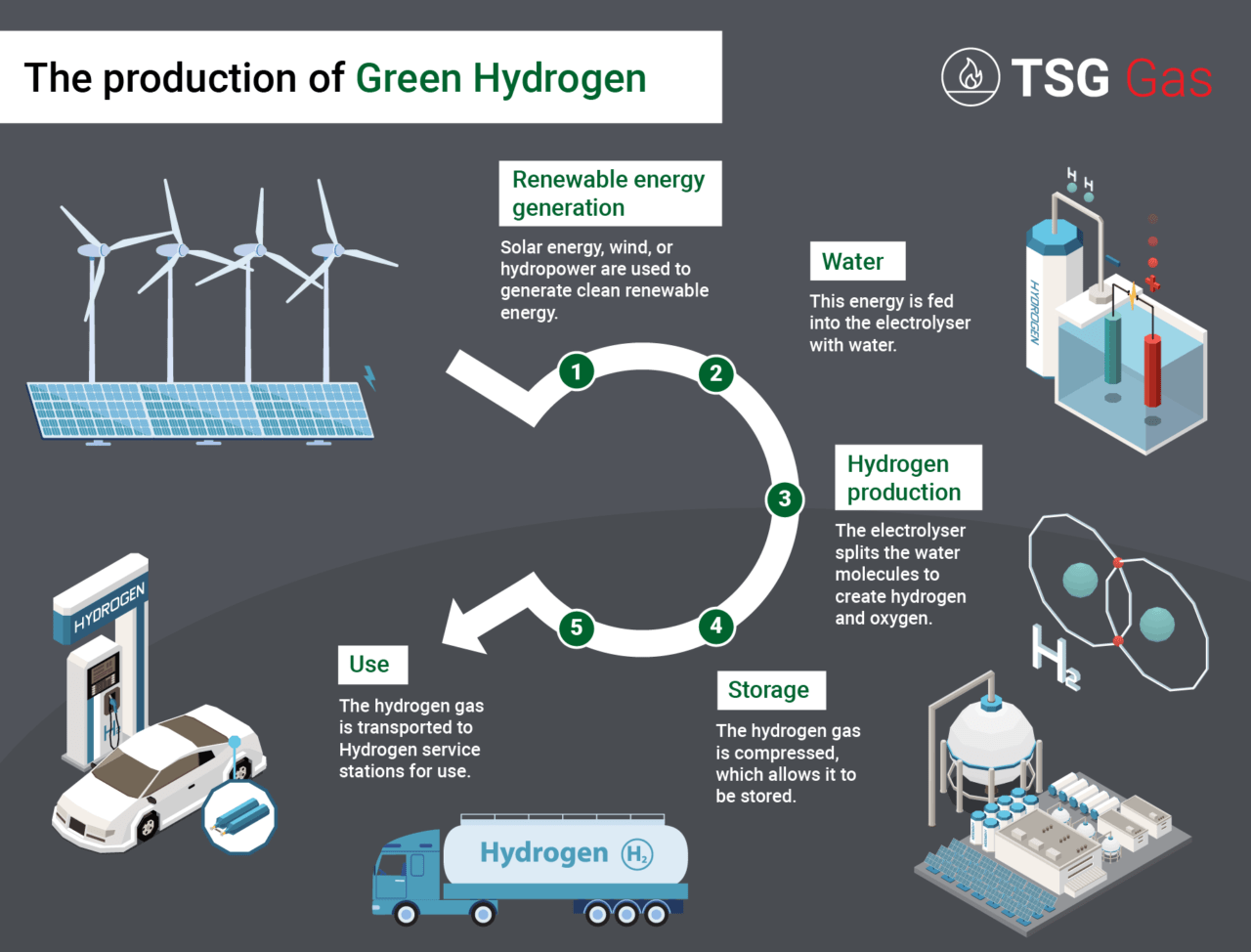 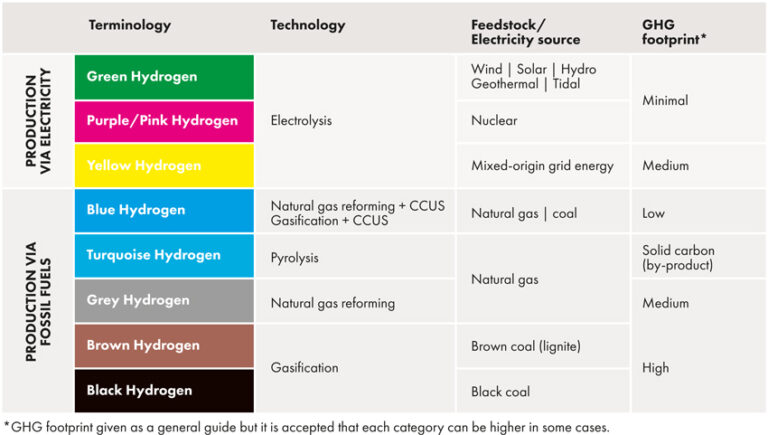 The type of technology used to produce hydrogen will determine which ‘colour’ is assigned to its name. Each colour has a distinct definition and to the right you can see an overview of the hydrogen spectrum.

Hydrogen as a fuel - the benefits

1.      The only emission is water
Since the by-products of the chemical reaction that powers the fuel cell comprise heat and water, the only tailpipe emission from hydrogen vehicles is pure water. If sustainable energy is used during the production process of the gas, it can be considered truly green energy, which is also known as green hydrogen.

2.      High energy density
Hydrogen has a higher energy density than batteries, both in terms of energy stored per unit weight and per unit volume. With the high-pressure storage system, hydrogen vehicles can travel much further on one tank of energy than their electric counterparts.

3.      It’s faster to refuel
Refuelling a hydrogen car takes about the same length of time as a conventional petrol or diesel vehicle, which is much faster than charging an electric vehicle.

Continuous development of hydrogen solutions
The energy used in the creation of hydrogen is actually higher than the energy output, due to the high number of transitions required during the production process when compared to electric lithium-ion batteries. The hydrogen market is still in its infancy and needs considerable development to satisfy current concerns.

Hydrogen that is transported and stored at hydrogen stations, is usually in gaseous form. However, some hydrogen stations stock a liquid form of hydrogen, known as LH2. Whilst LH2 is still in the relatively early stages of development, its popularity is expected to escalate significantly in the coming years. This liquid technology has a higher density and fewer potential risks in terms of transportation and storage pressure compared with hydrogen gas.

The future of bus stations 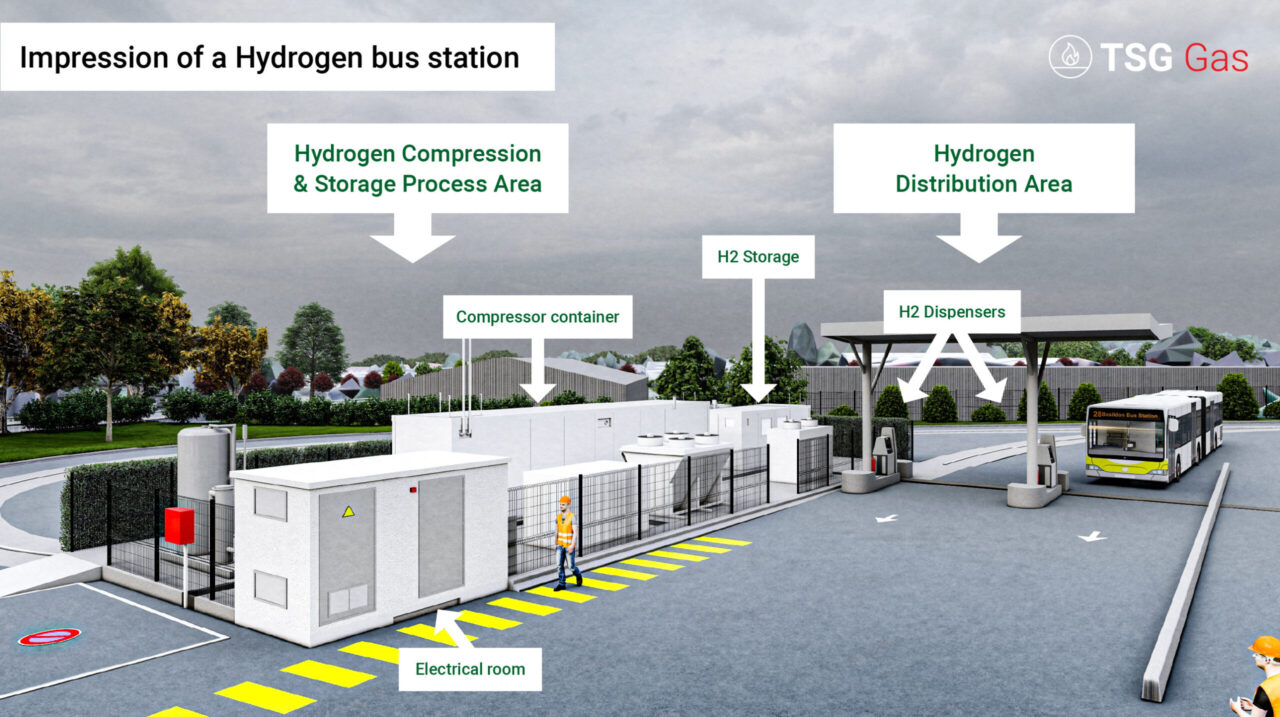 When compared to electricity, hydrogen is a very attractive proposition for long-distance HGVs, especially when logistical restraints are taken into consideration such as high mileage, high payload and limited time available for recharging. Hydrogen-powered HGVs are able to travel great distances on one tank of energy, with better energy efficiency and zero emissions.

Furthermore, hydrogen lorries have similar operational characteristics to those of diesel. The first experimental hydrogen models can travel 400 to 800 km before refuelling, with an objective to reach in excess of 1000 km prior to the end of the decade. The current refuelling time of hydrogen HGVs is estimated at less than 30 minutes, and as the technology develops, this figure could conceivably be reduced by 65%. As a consequence, it is fair to say the refuelling time and frequency for hydrogen HGVs are directly comparable to those of conventional diesel lorries.

Transitioning the heavy goods vehicle sector and transportation industry to hydrogen fuel would dramatically decrease carbon emissions around the globe. 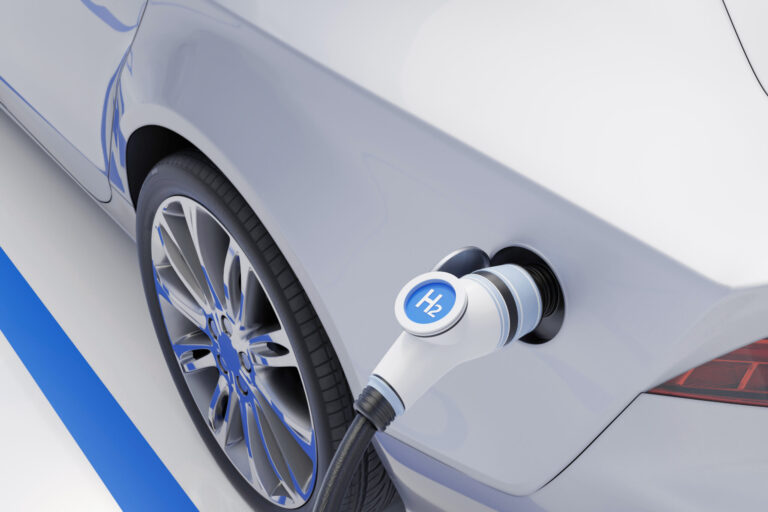 In order for hydrogen to be considered a viable option for the transport industry, there needs to be a greater choice of affordable hydrogen vehicles on the market, a reduction in the energy price, and more importantly, it is essential to establish a practicable infrastructure to support it

TSG Gas provides a clean and efficient alternative to traditional fuels, by delivering bespoke hydrogen solutions, designed to the customer’s specifications. We have taken the necessary steps to ensure we have the infrastructure in place to supply, install and maintain hydrogen dispensers.

TSG is ready to take the next critical step to kickstart the energy transition and safeguard our world.

For more information regarding our services, please visit: TSG Gas 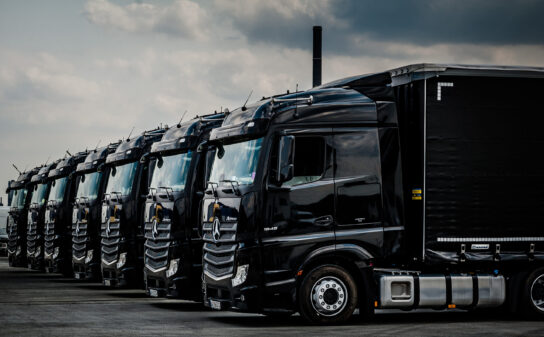 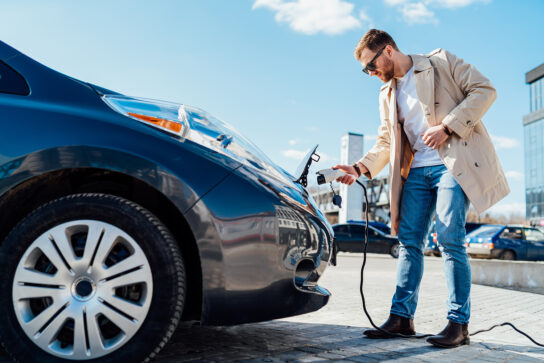 Destination charging. What is it and why is it important? 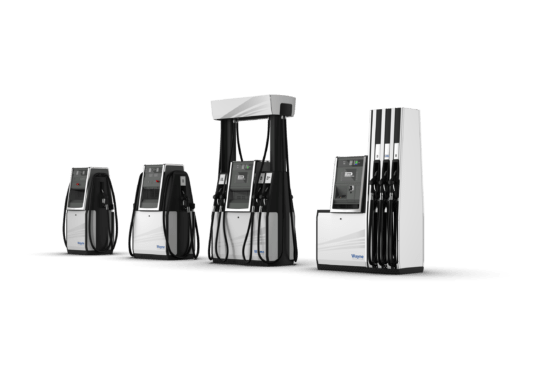 You are using an outdated browser . Please upgrade your browser to improve your experience.